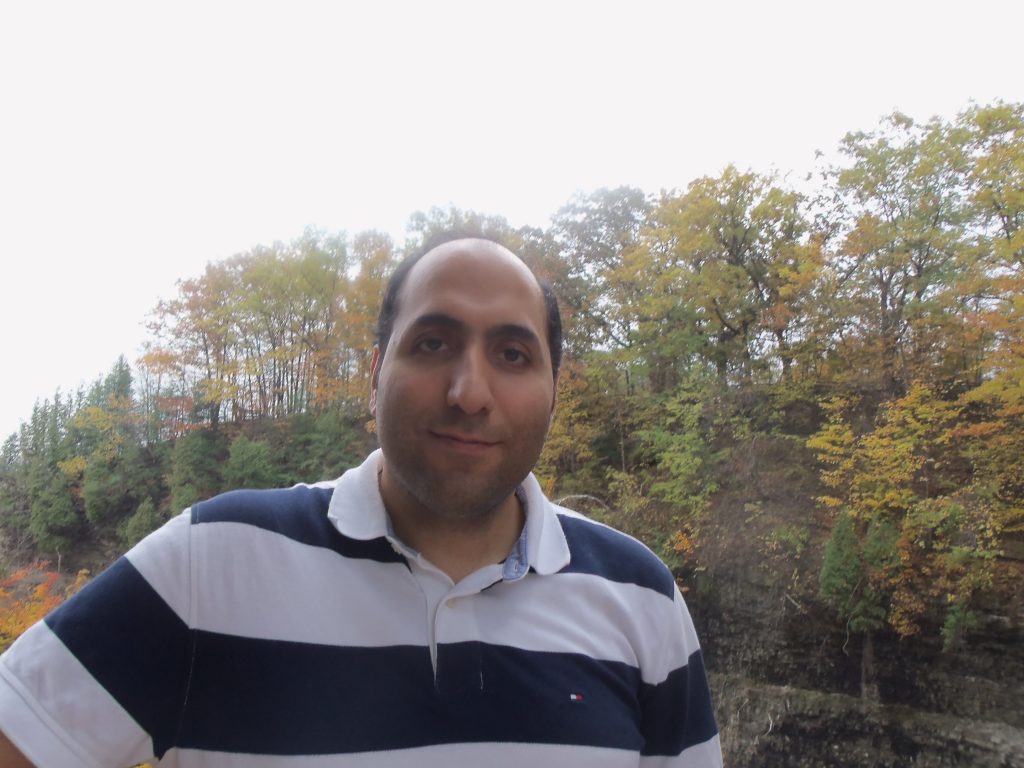 Dr. Haddad received his B.Sc. degree in Electrical Engineering-Communications from Tehran Polytechnic (Amirkabir University of Technology) in 2002 and M.Sc. degree in Electrical Engineering-Communications from University of Tehran in 2005. He held a faculty position in the Department of Electrical Engineering in Shahabdanesh Institute of Higher Education until 2011. He received his Ph.D. degree in Biomedical Engineering from the University of Western Ontario in 2016. Dr. Haddad is currently a Postdoctoral Research Associate co-supervised by Dr. Montero-Odasso and Dr. Robert Bartha at the Centre for Functional and Metabolic Mapping (CFMM) at Robarts Research Institute. He investigates the correlation between brain structure particularly white matter integrity evaluated through diffusion imaging and motor/cognitive brain functions assessed by various behavioral and physiological measurements, mainly gait measurements, towards more precise appreciation of the structure-function relationship of the human brain and possibly more effective diagnosis and therapy of diverse brain conditions. 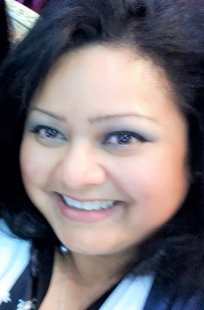 Munira is a Postdoctoral Fellow in Gait and Brain Lab at Parkwood Institute supervised by Dr. Manuel Montero-Odasso. She obtained her PhD in Health Science from Western University. Her PhD thesis involved reduction of behavioural and psychological symptoms of dementia with virtual stimulation therapy. She also is a physician (Dhaka University, Bangladesh) with a Masters in Public Health (Sydney University, Australia). She spent eight years in clinical and academic research on cognitive health in Canada, and five years in community health research in various parts of the world (Bangladesh, India, Nepal, and Kenya). Her research interests are cognitive health, person centered care, and health innovation. She is curious to learn how biological mechanisms play a role in dementia progression. She is working to characterize those individuals at a higher risk of dementia based on their metabolomics profile, slowing of gait, and decline in cognition. 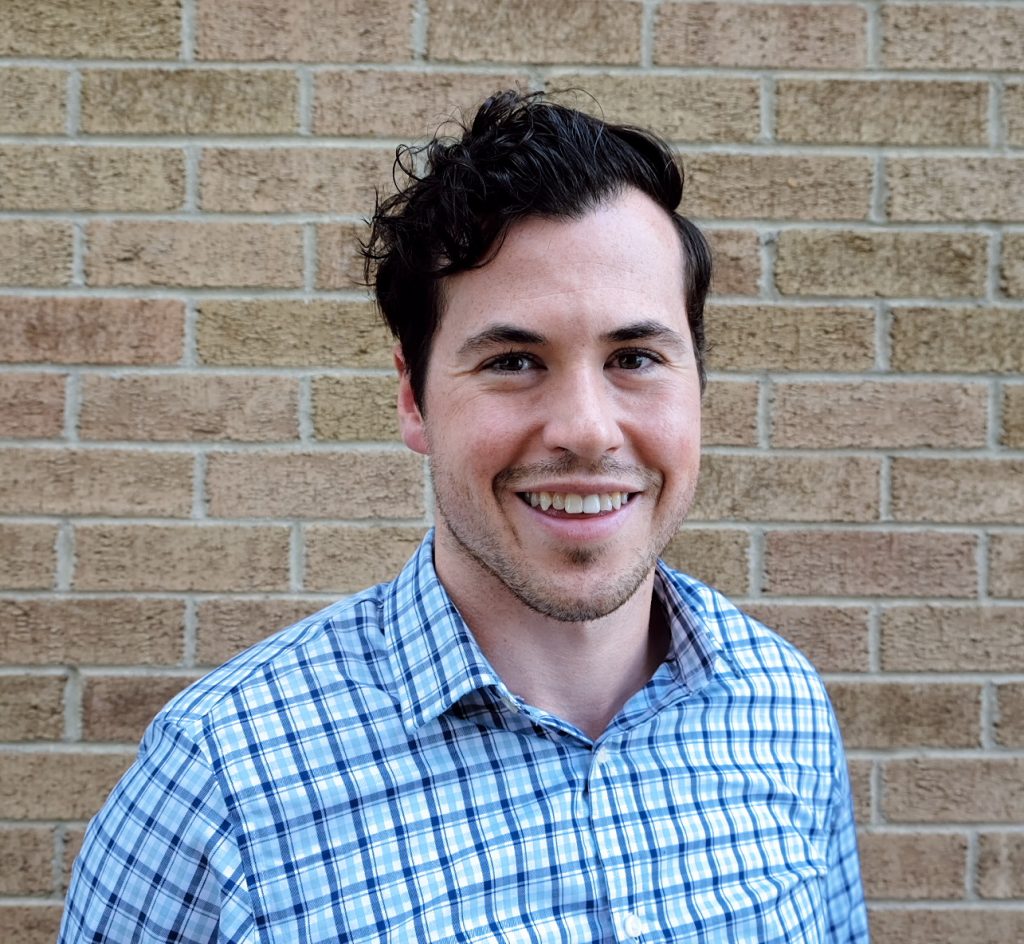 Nick is a Ph.D. Candidate in the School of Kinesiology at Western University and is supervised by Dr. Montero-Odasso. Nick graduated from Acadia University in 2015 with a B.Kin., and from the University of British Columbia (Okanagan) in 2017 with a M.Sc. in Interdisciplinary Studies (Health and Exercise Science); his M.Sc. research investigated the effect of high-intensity, free-weight resistance training on frailty, strength, and functional tasks in pre-frail females. Nick is a certified Clinical Exercise Physiologist (CEP) under the Canadian Society for Exercise Physiology (CSEP) and is the Communications Coordinator for Exercise is Medicine: Canada. Nick was awarded an Ontario Graduate Scholarship (OGS) to support his Ph.D. research investigating the effect of a multi-modal intervention (exercise, cognitive training, and vitamin D supplementation) on functional brain connectivity in older adults with mild cognitive impairment (MCI).

Dr. Canan Birimoglu Okuyan is currently a visiting postdoctoral fellow at the Gait and Brain Laboratory / Lawson Research Institute at the University of Western Ontario supervised by Prof. Dr. Manuel Montero-Odasso. She is also an assistant professor in the Department of Public Health Nursing at Sakarya University of Applied Sciences, Turkey. She has studied at the Turku University of Applied Science in Turku/Finland during her PhD. Also, she worked as a visiting researcher at the Manchester Metropolitan University in Manchester/UK. Dr. Okuyan received her PhD in the Department of Public Health Nursing, Gazi University. Dr. Okuyan has been recently awarded a Postdoctoral fellowship from TUBITAK. She is currently investigating the Falls and Gait in Older Adults with Mild Cognitive Impairment. 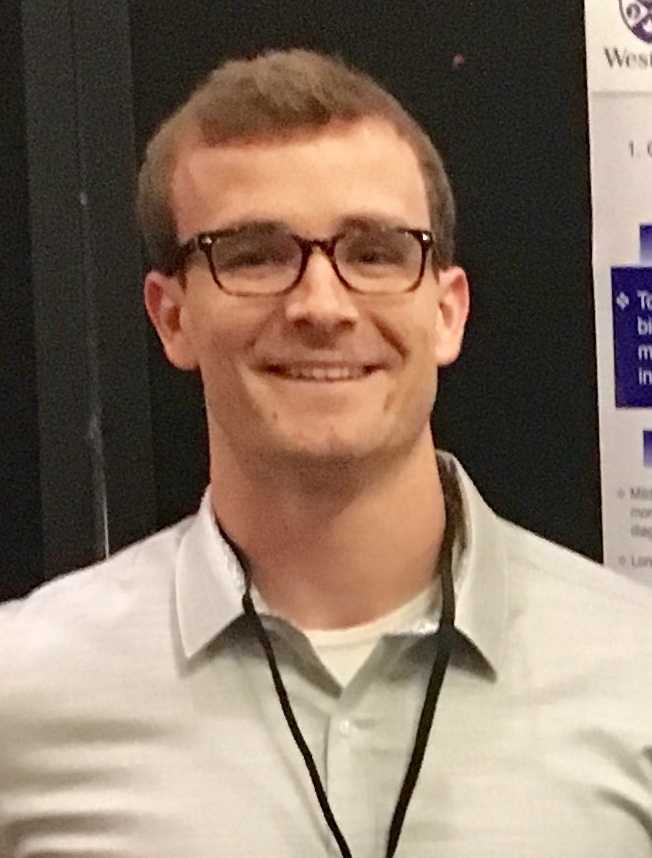 Josh is currently enrolled at Western University as an MSc. candidate in the School of Kinesiology, where he is supervised by Dr. Montero-Odasso. He graduated from Western University in 2016 with an Honours Bachelor of Arts degree in Kinesiology. During his undergraduate studies and his work as a volunteer for the Gait and Brain Lab, Josh acquired an interest in the topic of exercise and cognition in older adults. For his research, Josh plans to investigate the mediating and moderating effects of key blood biomarkers in cognitive performance in response to long-term exercise. Additionally, Josh has taken a key role in supervision of exercise sessions for the SYNERGIC Trial. 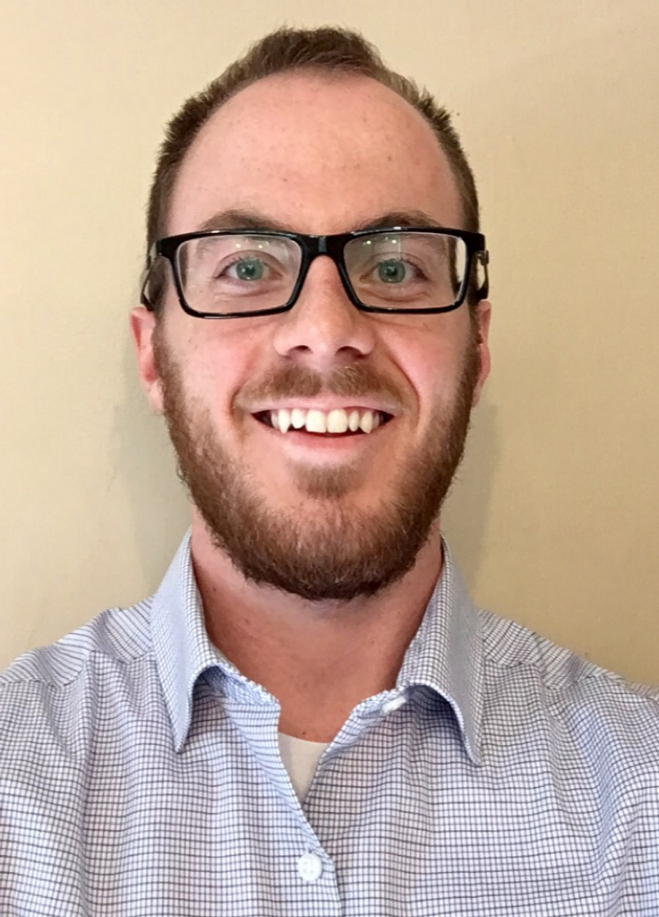 Joel has recently completed an Honours Bachelor of Health Sciences degree with specialization in Biology from Western University. He was the successful recipient of a Canada Summer Jobs Program grant for summer 2018, where he contributed to the lab and gained experience as a Research Assistant. Joel’s duties include supervising SYNERGIC Trial weekly exercise intervention sessions at Western campus, as well as project support at Parkwood Institute for various ongoing research projects. Joel has also begun his MSc. candidacy in the Department of Kinesiology at Western, under the supervision of Dr. Montero-Odasso. Throughout Joel’s studies and his volunteer work with the SYNERGIC Trial, he has become interested in the relationship between physical and cognitive impairments in older adults, as well as how exercise affects this relationship. Over the course of his MSc. studies, he hopes to explore how mood and anxiety symptoms are affected by exercise interventions in older adults. 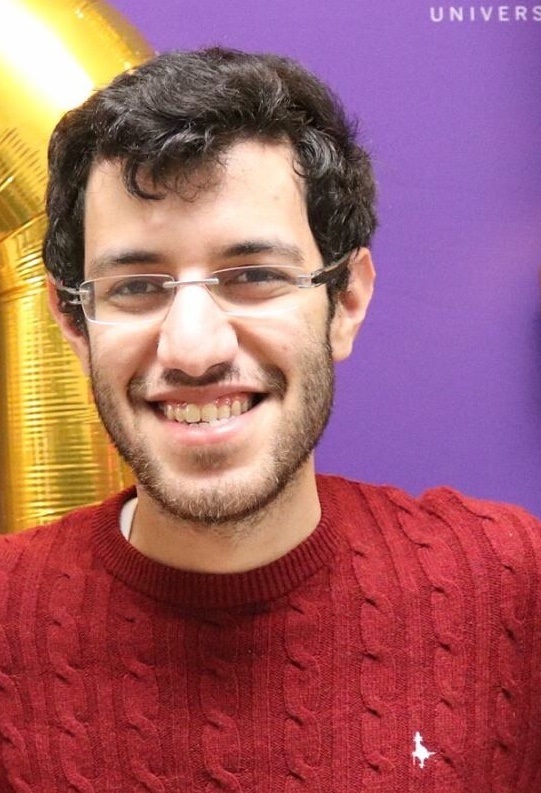 Abdelhady is a Master’s of Science student (Sept 2019) in the Department of Epidemiology and Biostatistics at Western University and is co-supervised by Dr. Montero-Odasso and Dr. Mark Speechley. He graduated from Western University in 2018 with an Honors Specialization in Physiology. He developed an interest in aging and mobility through his volunteer work at the Mount Hope Long Term Care Centre in London. He is also interested in the influence of polypharmacy (the use of multiple medications) on gait and cognition. For his Master’s research, Abdelhady hopes to look at the impact of psychotropic medications on gait performance in older adults. 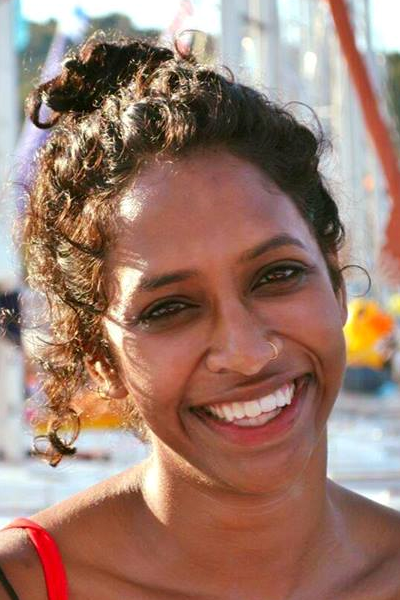 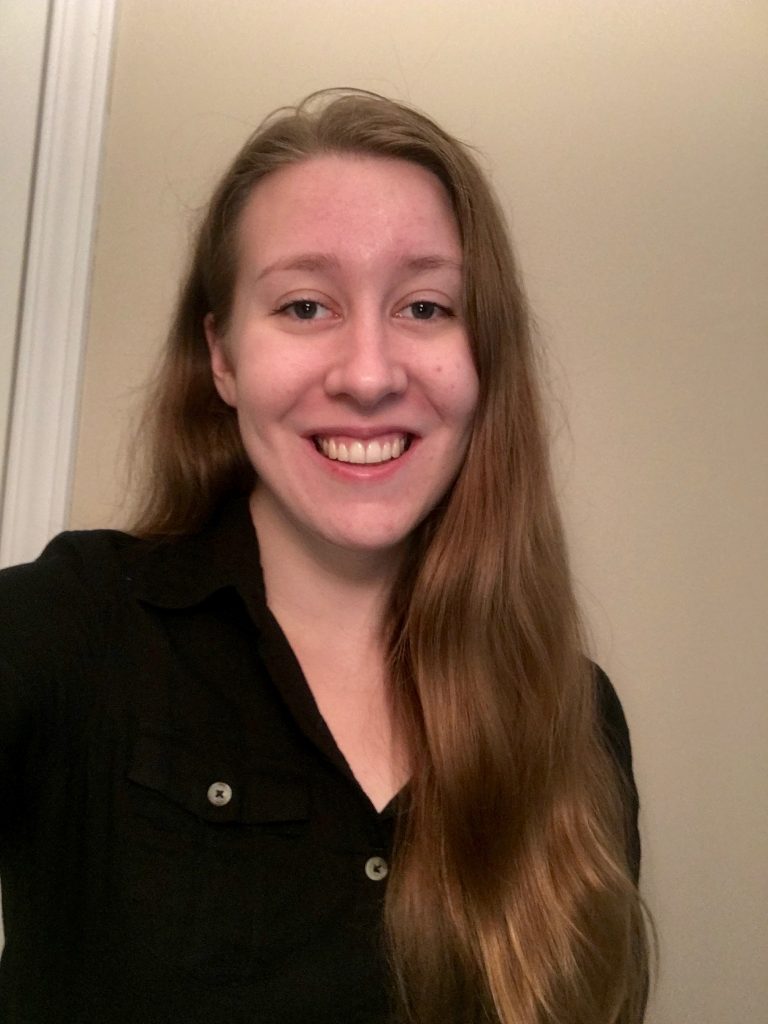 Catherine is a third year medical sciences student completing an honours specialization in biochemistry of infection and immunity and a major in physiology. She has been volunteering at Western campus assisting with the SYNERGIC Trial intervention three times weekly and has recently taken on more tasks at the hospital-based lab. Catherine is very passionate about research because it holds the key to the future of medicine. She recognizes the devastating effects of dementia in older adults and strongly believes in the purpose of Gait and Brain research. Her goals are to learn more about the influence of exercise on MCI within this age group and other interventions relating to cognitive impairment.

Sally has recently completed an Honours Bachelor of Health Sciences degree with specialization in Rehabilitation from Western University. She has taken on a role to assist at the Gait and Brain Lab at Parkwood after gaining interest in aging and mobility through volunteering weekly with the SYNERGIC Trial. As Sally has an interest in preventative medicine, she recognizes the role physical activity plays in healthy aging. Sally plans on continuing her graduate studies next year in the area of cognition and aging. Sally will be assisting with various data collection, assessments and data entry, as well as other tasks. Through volunteering at the lab, Sally hopes to continue to learn more about the effect that exercise, as well as other interventions, have on older adults with mild cognitive impairment.